Home About Our Committee

The SPA is a members’ run organisation managed by a committee, elected each year, under a Chair who is elected for three years.

All members of the committee are also Charity Trustees.

Find out more about our committee members and the role they play in the Scottish Potters Association. 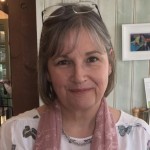 I started taking pottery classes in 2016 at Culross Pottery and now have my own studio at my home near Braco in Perthshire. I joined the SPA in 2018 to get to meet other potters and learn more about the craft. I joined the committee in 2019 as Website Coordinator, moved to being Vice-Chair and Treasurer in 2020 and was appointed Chair at the 2021 AGM. I am delighted and honoured to be heading up such a tremendous and welcoming organisation full of talented, friendly people. 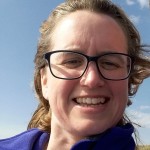 I have been a member of the Scottish Potters Association (SPA) since 2014, and throughout that time I've enjoyed attending SPA workshops and exhibiting my work with the SPA at venues across Scotland. I first began pottery at evening classes in 2002, with Angus College, and after a 6 year break (studies and having children) I returned to pottery again in 2012 at Fran Marquis' Springfield Creative Arts pottery classes. From 2014-15 I went to college to study for an NC in Art but was keen to get back to ceramics with a renewed focus. Our garden shed was converted into a pottery studio and I have been happily working there on my Leach wheel since 2015, firing work in my very old electric kiln formerly used at the Montrose Pottery. Since 2016 I have been teaching ceramics at Springfield Creative Arts in Arbroath, and selling my own work through local shops and at occasional craft markets. I first joined the SPA Committee in 2020 as the contact for event and workshop bookings, I am sure my role as Secretary will continue to add to all that I have enjoyed as a member of the Scottish Potters Association. 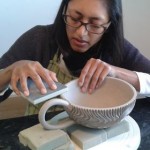 My passion for ceramics began 25 years ago whilst attending evening classes at Richmond and Twickenham Community College in Richmond, London, and I've been potting ever since. My hobby led to a City & Guilds course in Ceramics and Mixed Media in 1998 whilst pregnant with my first child, how mad was that? When I moved up from London with my family in 2003 to lovely Aberdeenshire I joined the Scottish Potters Association (SPA). I have a bijou studio at home and over the years, as well making pieces for sale I've provided classes to beginners and participated in exhibitions locally and at venues across Scotland with the SPA. I joined the SPA committee in 2016 as the Exhibitions Coordinator, this was a great learning experience. I also helped organise workshops for the Edinburgh Fringe Festival which was such a joy! I stepped back from ceramics for a couple of years whilst I studied to become a Social Worker, however now return to the SPA committee as the Treasurer. I don't have a lot of time to produce my own work these days working full time however use clay as a therapeutic tool. I am delighted to be a member of the committee again and part of the SPA community! 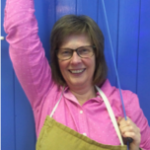 I started taking weekly classes in late 2012 but it was only when we converted our garage into my own wee studio in 2017 that I could let my passion reign. I joined the committee in 2016 to undertake workshop bookings including Tulliallan, then in 2019 I took over the role of Membership Secretary. My role is everything to do with membership - welcoming new members, dealing with renewals and reminders and keeping the website database in order. 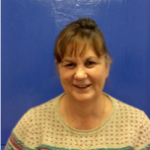 I took up pottery shortly after retiring in 2009, looking for a hobby to take up some of my ‘free’ time. I found I loved it and have since bought a house that provides a room for my home studio. I joined the SPA in 2009, knowing absolutely nothing about the craft but saw it as a welcoming network of potters willing to assist in my learning. I have not looked back. I joined the committee in 2010 after an appeal for members and since that date I have gained experience carrying out committee roles in merchandise, newsletter editor, Vice Chair, Chair and now back to newsletter editor. 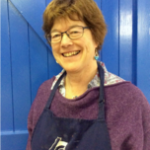 I have been a member of the SPA for 25 years and have learnt a lot from SPA Workshops as well as being on the committee. Now I teach ceramics from my home studio in Arbroath and take part in local exhibitions and shows including Pittenweem Arts Festival. I edited the Newsletter years ago when new software was making the job much easier and then was Chair of the SPA for 3 years, gaining confidence through the role. Now I am happy organising exhibitions: 1 or 2 a year, some curated and invigilated by us and some by gallery directors. It is an interesting job which I am hoping to do for another couple of years as we have exciting plans. 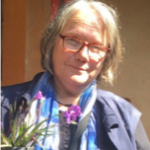 I started ceramics training in Sweden in the mid 70s, but went on to study geology. While working as a geologist, later science teacher and moving around a lot, I continued to make or teach pottery as a side-line. After arriving in Scotland 2006, I started Momentum Pottery, joined the SPA and have worked on the committee on and off since 2008, mainly as workshop coordinator. Together with the workshop team and others on the committee, I get to discuss, plan and organise workshops, cooperate with other organisations and meet amazing potters, both SPA members and invited demonstrators. 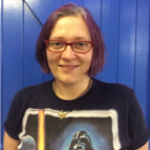 Twelve years ago a friend asked me to come along to a ceramics evening class, I jumped at the chance - never got to do clay at school. 17 lessons, a couple of years doing ceramics at my friend’s house and I eventually set up my own studio in the front room of my house.
Once I had the studio there was nothing holding me back. I filled my cupboards and shelves, all family and friends had several pots and my only avenue left was selling through local craft shops. These days I would say I’m a serious hobbyist.
I finally managed to get to a SPA spring gathering in March 2019 and walked away as the social media committee member. 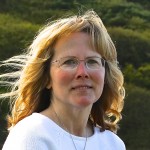 My love of pottery began when I started taking night classes in 2008 from Fiona Duckett and Brian Shand in Whitehills. In 2010, my husband and I purchased a derelict mill, and started the extensive renovations.  When Mill of Nethermill Holidays was completed in the Summer of 2012, I was then able convert the old byre into a workshop.  I started teaching myself the glazing process by reading ceramic books, and watching instructional videos.  There were many disasters and experiments which went wrong!  With the support of my husband, Bill, I persevered, and Millshore Pottery was born. Now I mainly make domestic ware, but love throwing large forms like bowls, and jugs.  I also love to experiment with different glazing processes such as crystalline glazes, many of which are inspired by the ever changing seascape that is virtually on my doorstep. In 2019 at the Scottish Potters Association Spring Workshop, I won 1st place in the Anne Lightwood Competition for one of my large crystalline bowls. 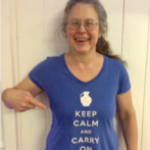 I started taking pottery clases through Edinburgh Council and joined the Pottery Users Group. It's that sweet spot where beauty and utility intersect that I love. Jane Kelly recomended I join the SPA and in 2016 I joined the committe as merchandise officer selling SPA merchandise at workshop and Potfest. 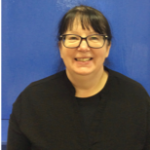 I work out of my own studio at my home in Oyne, Aberdeenshire. I joined the SPA committee after volunteering as a helper at Potfest at Scone Palace many years ago and have not had any regrets. Becoming a committee member has helped me to expand my knowledge of every aspect of becoming a Potter. Health and Safety Support is a new role within the committee which needs to be addressed with more common sense than with authority. My aim is to implement a safe environment for all our members and demonstrators at events and workshops. 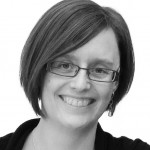 I fell in love with clay in my 20’s when I took a short pottery course to help me during a period of illness. Little did I know it would be another 20 years before I would feel the joy of clay between my  fingers again, as life took me in other directions. A chance encounter with an old friend led me back to the clay and my first pottery love of throwing on the wheel. I joined the SPA in 2020 as website co-ordinator and was thrown straight in at the deep end organising the technical side of our first online exhibition! 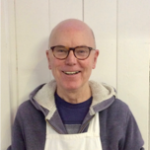 Having retired from two careers, firstly in town planning and then from counselling, I fell in love with ceramics at a pottery class in 2011. By 2015 I had converted space in my house to my own studio - Ceramics at the Annexe. I was secretary of the SPA from 2017to 2021 and was responsible primarily for preparing agendas and minutes of our committee meetings as well as compiling the organisation’s annual report. in 2021 I resigned from that post to take up the newly created position of archive manager. 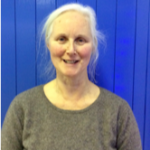 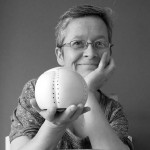 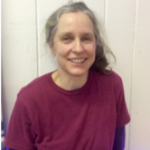 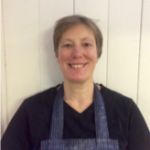